Just as the title of this article says, there is a new rumor floating around the internet that Cal Kestis of Jedi Fallen Order fame will be getting his own show on Disney+.

“Rumor, rumor, rumor… Have to say that – not confirmed! Got this from someone I’ve trusted in the past, tells me this is a thing… The rumor itself, at the moment, is that there is a Cal Kestis show in the works for Disney Plus. The rumor is that [the actor Cameron Monaghan has] actually signed on to play the character from Jedi: Fallen Order in a live-action series for Disney Plus. There’s no production dates set, but my source tells me that this is happening.”

The actor behind Cal Kestis, Cameron Monaghan, is well known for his role as the pseudo Joker in Gotham and for various other roles over the past few years, so his live action acting chops have been proven very recently. Also, the character model of Cal Kestis is 100% based on Cameron Monaghan himself, down to the red hair and pale skin, so the transition from video game to live action would be very easy to pull off.

As for what the content of the show could be, it’s very easy to see. Kenobi set the stage for what a show following Cal Kestis could be about, a wayward Jedi still alive post-Order 66 making his way through the galaxy and trying affect change while dodging the Empire and all of its goons. We already know that Jedi Survivor is on the horizon, so whatever this show is would have to take place after the story of Survivor, unless it focuses on Cal’s life pre-Fallen Order, which seemed pretty bleak.

As the title says, this is a hardcore rumor with basically no substantive proof behind it other than some random leaker’s word so that this with a grain of salt for the moment. 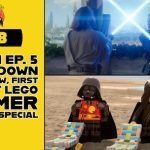 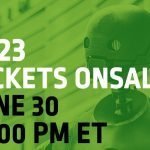