According to Deadline, there has been some confusing chatter coming out of the Lucasfilm camp about the start of production for the next Star Wars TV production. Initially, Deadline sources thought this upcoming project could be a new Boba Fett spinoff series that would release before season 3 of The Mandalorian, but after some more digging, it seems like code names and general project secrecy may have led to confusion in reporting.

Though the start of production for the potential Boba spinoff is on hold at this point, Deadline did call out that it is definitely still a possibility while squashing any possibility of the Bo Katan/Cara Dune spin-off.

A recent online report pointed to a potential offshoot featuring Cara Dune, played by Gina Carano, and the Star Wars Rebels character Bo-Katan Kryze (Katee Sackhoff, who has been rumored to appear The Mandalorian‘s second season.) Such a project does not appear to be real, at least for now.

Adding to the confusion is the fact that Disney+ is developing a female-centered Star Wars series, written and showrun by Leslye Headland, believed to be a female-driven action thriller with martial arts elements and set in an alternate timeline from the usual Star Wars universe. The rumored spinoff is said to be separate from this Star Wars project but the situation is fluid.

As for real things, The Mandalorian season 3 is listed in Production Weekly, an industry magazine/website that lists all projects that are in production, under the working title of Buccaneer. This should give the team plenty of time to turn around the next season by a similar time next year. 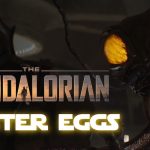 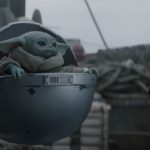