The Illuminerdi is running a new report that we are classifying as a rumor at this point, but considering the lack of Star Wars content to cover these days, we figured why not give this latest report a spin.

According to them, they’ve uncovered details on a potentially new lead character named Riz for the Ahsoka series.

Riz is described as a bit of a lone wolf, world-wise despite his young age and able to handle anything life throws his way. This character is listed as a series regular with options.

Fans of Star Wars Rebels may think that description sounds a bit familiar, as it is essentially describing Ezra Bridger. At least his Season 1 self, but one could argue that it could be describing an Ezra who is a bit older too, considering how he was left during the Rebels finale.

If Riz is indeed a brand new character, then there’s a chance that he will be enlisted to help Ahsoka track down the actual Ezra and/or Thrawn, because we all assume that will be the main plot in the Ahsoka series based on her debut in The Mandalorian.

Maybe he’s a friend of Sabine Wren, who is also rumored to be involved in the Ahsoka series, but for now, this is all speculation as Lucasfilm hasn’t confirmed a single thing about the series outside of it being developed. 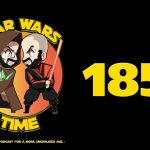 SWTS: Will Anakin be a Force Ghost or a Flashback in Ahsoka, Mando S3 Cast Update and Rumored Scene 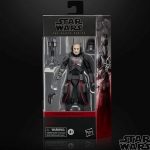 Omega and Echo Round Out Black Series Bad Batch Wave