A fan favorite character is now rumored to appear in The Book of Boba Fett, and it will make The Mandalorian crowd quite pleased. Continue on if you don’t care about potential spoilers for the show.

UPDATE – A leaker has teased that this character will appear with another interesting character. The Tweet is embedded after the original story.

This rumor comes via StarWarsNewsNet.com, which is reporting that the artist formally known as The Child, will make an appearance in The Book of Boba Fett. Apparently some of the crew that worked the show received special shirts that featured Grogu on them, so upon learning this news, SWNN reached out to their sources to see if the little guy would actually be in the show. According to their sources, fans will indeed get a glimpse of Grogu in The Book of Boba Fett.

Bespin Bulletin had some images of the crew shirts, which do indeed feature Grogu, but his own sources haven’t confirmed the Grogu inclusion, which is why this story is being marked as a rumor.

One would think Grogu’s reappearance would take place in The Mandalorian Season 3, but considering many have dubbed Book to be The Mando 2.5, there’s potentially room for a cameo. It’s just not clear how it would play out. 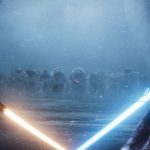 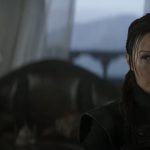 “Ready” Teaser and New Stills for The Book of Boba Fett, Plus More Insights into the Maroon Gang