One thing that every hardcore Star Wars fan has wanted since the release of the original Blu Ray box set in 2011 is another box set that includes the original theatrical cuts of the Original Trilogy. Well, that day may be upon us soon. It looks like Disney is in the process of putting together what would basically be the ultimate Star Wars movie collection by releasing ALL 9 numbered films, the Prequel, Theatrical OT, and Sequel trilogies, in a 4K box set.

This news comes from an anonymous source within Disney in an interview with The Digital Fix. The source says that Disney will also use the newly acquired Fox archives to dig up every morsel of Star Wars goodness they can for this box set, so it is very possible that we will get to see some never before seen footage and extras that have been sitting in the Fox vault for decades.

The source went into a bit of detail about the progress of the box set saying that the OT, using the original negatives, and The Force Awakens have already been remastered to full 4K goodness, but the prequels are taking a bit longer than anticipated. It is important to note that the Original Trilogy remasters were made using the original negatives, which means we may finally get the non-special edition OT released to the public for the first time in 20+ years.

None of this has been confirmed by Disney or Lucasfilm yet, so this should be treated as a rumor, but with the acquisition of Fox and the final Skywalker saga film set to release in December, there would be no better time to release this ultimate box set. 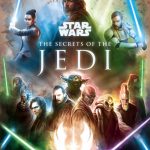 ‘Star Wars: The Secrets of the Jedi’ Book Will Offer Luke’s Take on All Things the Force 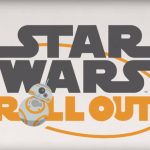