While talking to Variety, Rosario Dawson poured a little gas on the rumor of her playing Ahsoka Tano in The Mandalorian, and based on how you interpret her quotes, one could infer that she more or less confirmed the rumor.

When asked if she would be playing live action Ahsoka the actress said:

“That’s not confirmed yet but when that happens, I will be very happy. I’m very excited for that to be confirmed at some point and it would be a million and one percent because of the fans.”

I don’t know about you, but that doesn’t sound like a typical denial from an actor rumored to be playing a major pop culture character role. She makes it sound as if the only thing she’s waiting for to officially confirm that she’s Ahsoka is for Disney to do it first.

Having Ahsoka in the show would rival the Baby Yoda reveal, so I don’t think her role will be confirmed before Season 2 airs to keep nuts like me in suspense, but also to offer a huge surprise to those who may not dedicate their lives to all things Star Wars.

We shall wait until the official confirmation from Disney too, but based on Dawson’s latest quote on the subject, it does sound like a done deal. 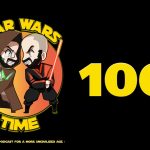 ‘The Clone Wars’ Series Finale to Air May 4th, Plus Awesome Stills Released for “Old Friends Not Forgotten” Episode