It looks like the man who ‘saved’ Rogue One, Tony Gilroy, is heading back to the Star Wars Universe to write the pilot and direct multiple episodes of the Cassian Andor Disney+ live action series.

Gilroy, who famously noted that his success in fixing Rogue One’s ending was due to his utter irreverence for the Star Wars franchise, is coming back to a familiar setting within the galaxy. Having previously written the final moments of Cassian Andor’s life, Gilroy will now have a chance to set up the character that Diego Luna portrayed in Rogue One.

Gilroy’s previous writing credits include big screen titles such as Armageddon, The Bourne films, The Devil’s Advocate. He directed The Bourne Legacy, Michael Clayton, and Duplicity.

Gilroy will work with showrunner Stephen Schiff on the espionage focused series that is expected to hit Disney+ in 2021. 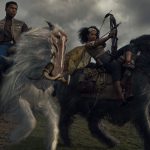 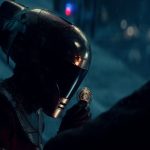