Book of Boba Fett is mere months away from its release on Disney+, and there is already more hype behind this show than the most recent D+ release, The Bad Batch.

Robert Rodriguez, the man that turned Boba Fett from a laughable character in the OT to a Bonafide badass in The Mandalorian season 2, shared his excitement for the series during an interview with Collider.

“[I] can’t say anything about it at all right now, but it’s coming out in December… Wait until you see what’s coming. It’s going to blow your mind. That’s all I can say. I can talk it up all I want, because I know it over-delivers. It way over-delivers. People are going to be so pumped when they see it.”

Rodriguez is one of the Executive Producers on Book of Boba Fett as well as the director of Episode 1 of the series, so while his comments may be a bit biased, I believe what he is saying. The Book of Boba Fett is Disney’s best chance to pay homage to all parts of Star Wars in one series. The character of Boba Fett has links stretching all the way back to the beginning of the Prequel era and obviously is well entrenched in the current time period as well thanks to his dealings with Din Djarin, so it will be very exciting to see what the creators decide to drop into season 1 of this series.

Could we see the duel between Cad Bane and Boba Fett that has been teased for years after the original ending of The Clone Wars, the ‘leakers‘, and most other people who don’t need leaks to make obvious assumptions, think so. Could we see Din Djarin get into the mix with Boba and Fennec again? Highly likely. There are so many possibilities for this show that it’s hard to name them all, which is why everyone is so excited for it.

Stay tuned into the Star Wars Time Show for all the news and happenings for Book of Boba Fett and the greater Star Wars Universe! 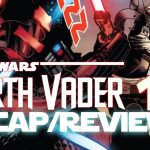 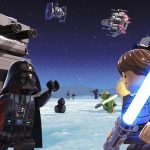