I’m sure the Fandom Menace will discount this tweet as paid promotion, and that he’s an actor, so of course he can look emotional on cue, but I’m taking what Richard E. Grant is saying below seriously, and I believe he’s being genuine.

Now he may be a bit more emotional over his screening of The Rise of Skywalker because he stars in it, and worked hard on it, so he could just be relieved that the ordeal is over, but if you listen to what he says, it does sound like he 100% loves the film and thinks it’s a special experience at that.

Hearing quotes like, “Nothing prepares you for this.”, or, “I cheered, I fist pumped the air, I cried.”, really gets me even more excited to see what’s in store for the final Skywalker film. Richard just seems so moved by what he saw, and the fact that he probably knew much more about the plot than most of us do and he still was this affected by the finished product, speaks volumes about what J.J. and his team have done.

Thank you for this Mr. Spencer, it made me smile! 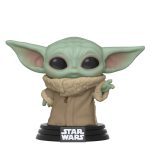 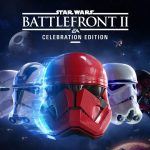