Prepare to be triggered if you’re one of those angry Star Wars fan types who felt The Last Jedi did something to your soul, because its Director apparently wants to take a stab at directing an episode of The Mandalorian.

This comes via Sariah Wilson who seems to have access to Johnson and other Star Wars celebs, and her summary of his Mando intentions can be read below.

I definitely think he’s thought about this and talked to Dave, and I do think if schedules worked out he would direct an episode. I for one would be interested to see what he did with Mando considering that he wouldn’t necessarily be writing it, which seems to be the hat he wore that pissed people off in TLJ. If he’s purely directing then I think most fans will be down for the idea, but if he’s writing it I could see the angrier factions getting a bit too worked up and concerned over their fictional characters being portrayed in a way that they don’t agree with.

If anything else, dude is making bank on something he created all by himself, so love or hate his Star Wars work, he is a talent none the less.

Nick and I will talk more about Rian and Mando on this week’s episode of the SWTS, so don’t forget to tune into the Star Wars Time Show on a weekly basis via our podcast platforms or via YouTube if you prefer the livestream angle. 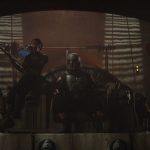 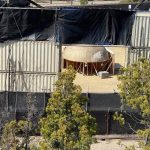