Rian Johnson explained to MTV during a red carpet interview, that he would totally be down if J.J. Abrams retconned any of his narrative choices from The Last Jedi.

He was specifically asked about Rey’s parentage and what he would think if J.J. changed his take on them, which was that they were nobodies, and he answered in a way that implies he knows nothing about Episode IX, but also as a true Star Wars fan. He basically said that he doesn’t care what Abrams does, he just wants to go in with zero expectations and enjoy as a fan, and not as a Star Wars creator.

One of his quotes best describes his approach:

You have to appreciate his attitude if anything else. I mean he’s been kicked in the teeth by an outspoken group of Star Wars fans incessantly since The Last Jedi debuted way back in 2017. Many of these fans have accused him of ruining their childhoods, the franchise, and pretty much any other thing that they love due to his narrative choices, in particular his handling of Luke, as well as some of the newer characters that aren’t men.

I for one enjoyed The Last Jedi, but in the end, to each their own. I’m trying to move past the toxicity that has infected Star Wars in general, so I’m even toning down my rants on the Prequels, which to me, are as close as any Star Wars movie has come to ruining anything Star Wars related for ME (not the keyword ME). You can bet your ass that even if J.J. “fixes” whatever these fans think needs fixed in the sequel trilogy, they’ll still be a group that hates on it and Disney’s oversight of the franchise, so it’s just not worth caring about those types of fans anymore. Hence my plan to back off some of the fan on fan hate and shit talking.

The prequels are still pretty wonky though 😉 (Sorry, I couldn’t help myself). 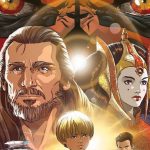 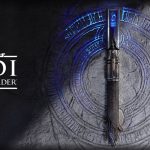