Love him or hate him, but Rian Johnson isn’t going anywhere when it comes to the Star Wars franchise. He was given a three film deal even before The Last Jedi released due to how well he jived with Lucasfilm, and the positive buzz surrounding his work on set. Critically, he was lauded for The Last Jedi, and it seemed like he created a magical middle entry in the Sequel trilogy, but then fans got a crack at it, and the tire fire was lit.

I personally enjoyed The Last Jedi when I first saw it, and still like it today. I don’t really understand the murder-level hate from some fans for it, nor do I think it’s worse than a Prequel film, but it probably won’t be my favorite Sequel film when everything is all said and done. I definitely have some issues with a few narrative choices, and I don’t like how Luke treated Rey, but for the most part I appreciated the risks. It did a great job at laying the groundwork for Star Wars without the Skywalker clan and their saga’s legacy characters and themes, so I respect Johnson’s choices, and I’m intrigued to see what he comes up with for his Skywalker-less trilogy.

In a recent interview with the Observer, Johnson doubled down on his vision to create Star Wars movies without a single element of the legacy films in it. These movies will be entirely new, and not feature a single familiar character from all of the previously released Star Wars films.

In the conversation, Johnson said:

“I think that the fun and challenging part of it is to dive in, figure out what’s exciting and then figure out what it’s going to be. We’re doing something that steps beyond the legacy characters. What does that look like? To me, the blue sky element of it is what was most striking about it. I know the way that I’m coming at it and what’s fun about it for everyone in Lucasfilm is figuring out, ‘What’s the next step?’ It really makes you think and figure out what the essence of Star Wars is for me and what that will look like moving forward.”

So again, it sounds like everyone involved is just trying to figure out what Star Wars can be when it’s not bound to the Skywalker legacy, which every movie so far has incorporated in some form or fashion, outside of the Ewok TV movies, but I don’t think they even count as canon anymore.

In the end, Star Wars is Star Wars, and with the right story and team it shouldn’t need the Skywalker saga legacy, so I am eager to see how these films shape up. Who knows when we will see them, but it will at least be after 2022. 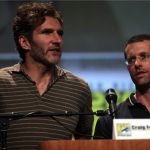