StratmasterJ has dropped one of his epic 16-bit video game art recreations of a famous movie scene, and in this project he tackled the end boss scene for Star Wars: The Rise of Skywalker.

That’s right, you can now watch the final battle from TROS in pixel art form, and it’s pretty glorious. It covers the moment Rey shows up on Exegol through to the ending, and even splashes in the massive fleet arrival courtesy of one Lando Calrissian.

What I like most about it though is that it actually renders in the Jedi during Rey’s pick me up moment in which they all reach out to her with words of confidence. I still think this is how the scene should have played out in the film, because it would have made the moment even more impactful and amazing. Oh well, at least we get it in 16-bit video game animation form. 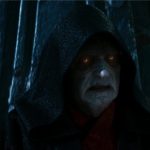 Palpatine Was a Clone, Ben’s Last Words, and Other TROS Novel Revelations 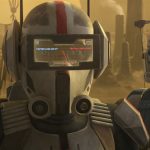 BTS Featurette for The Clone Wars: A Distant Echo Released