The best character in Star Wars that has yet to make it onto the big screen is Ahsoka Tano. I will plant my flag on this hill and never move from it. Her character arc in Star Wars: The Clone Wars was beyond good. She was an integral part of Anakin Skywalker’s development as a Jedi and played a hug part in his disillusionment with the Jedi Order. It is a travesty that the casual fan typically doesn’t know who she is.

In fact, Ahsoka was so good in Clone Wars that Dave Filoni decided to bring her back in Star Wars Rebels! Her journey from Jedi padawan to Rebel hero is one of the coolest story lines in all of Star Wars animated history, so take a moment, or 45 moments, to relive Ahsoka’s role in Star Wars Rebels courtesy of Disney XD’s YouTube channel. 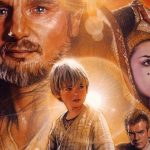