Ray Park posted something on Instagram recently, and this time, it’s not his NSFW! In fact, it is a tease that many Star Wars fans have been hoping for, a potential return for Maul.

It is very possible that what we are seeing here is simply an old picture from the set of Solo, the #solo leads me to believe that it is, but many people are hoping that this is indeed a sign that Maul could be returning in live-action form.

Bringing the former Sith Lord back into live action would indeed be a tricky situation. He is not around in The Mandalorian timeline, so it is highly unlikely that he would be involved with Din and his band, but he is around during the Kenobi show timeline. So, unless there is an unannounced Solo show in the works, aside from the Lando series, it is most likely that we would see Maul in Kenobi given the history between the two characters.

Hopefully we get some sort of clarification from either LF official or Ray Park on Maul’s live action future, but for now, we have nothing solid to go on. 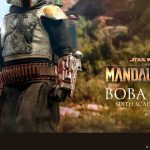 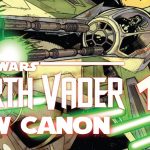