Thanks to Empire’s issue for The Book of Boba Fett, we now know a bit more about the true fate of the Rangers of the New Republic spin-off, which was set to star Gina Carano’s Cara Dune, until she social media bombed herself out of her Lucasfilm deal.

Empire is reporting the following:

Mando spin-off Rangers of the New Republic – due to centre on The Mandalorian’s Cara Dune, played by Gina Carano, who Lucasfilm later stated is not currently employed by them following controversial social media posts seems to be on hold, and likely absorbed into other series.

Kennedy shed a bit more light on the series and the fact that it didn’t even have anything fleshed out yet:

We’d never written any script or anything on that. Some of that will figure into future episodes, I’m sure, of the next season of The Mandalorian.

It’s not clear if she meant Season 3 as the “next season”, or seasons down the road, but this report does make it pretty clear that Rangers is dead, and any narratives that may have been planned for it could make their way into The Mandalorian down the road.

Rangers of the new republicThe Mandalorian
0 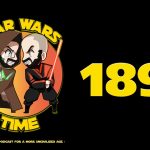 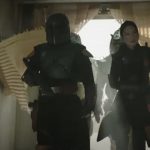