New concept art has been released for ILMxLAB’s Vader Immortal – Episode II, and it offers up a powerful look at what’s in store for players when they return to the VR experience.

Episode II will put a major focus on using the Force, which is reflected in the first new concept art image below. Players will be taught how to use the Force Vader-style, so clearly it’s going to be intense and very Sith-like. Think power, destruction, death – those types of Force moves.

The episode will also shed more light on the Black Bishop, who is a shadowy figure that Vader is in communication with from the first episode. The second piece of new concept art showcases a tomb and the Black Bishop, so players will learn more about this mysterious figure in Episode II as well.

If you want more spoilery details for Vader Immortal – Episode II, head over to StarWars.com. 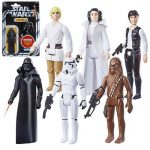 Star Wars The Retro Collection Action Figures Up for Pre-Order 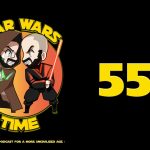