We all knew that Carrie Fisher’s Princess Leia would have played a major role in the third act of the Age of Resistance, but due to her untimely passing in 2016, Leia’s role has naturally been reduced. Which is a major bummer on all sorts of fronts, but the hurt stings even more now thanks to a revelation from her brother Todd Fisher.

In an interview with Yahoo, Fisher revealed that Leia was going to be the major payoff of the film and possibly the trilogy depending on what type of fan you are.

Apparently she was going to be revealed as a full fledged Jedi, complete with her own lightsaber and max Force powers. The visions I’m seeing in my head make me even more sad that this is no longer a reality!

Just imagine seeing Leia show up at a key moment and igniting a lightsaber, more than likely to confront her son. Our collective minds would have been blown out of our ears, and I contend that even the most ardent of Disney Star Wars haters would have actually cracked a smile.

Unfortunately, real life happens, and Carrie is no longer with us, so we will have to rely on whatever magic J.J. and his team of wizards cooked up to re-engineer 8-minutes of TFA footage of Carrie to work in TROS.

You can check out the full interview over on Yahoo, or you can watch it in video form below. 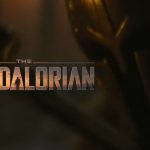 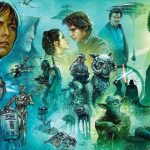