If you collect figures of any kind, you’re probably aware of the bootleg market, which is not to be confused with the black markets we have to use such as eBay to find figures that are no longer in stores. The bootleg figure scene is one in which artists mash together existing figures to create new ones, or literally mold and paint new figures themselves based on pop culture characters.

Star Wars in general is a pop culture franchise that has seen a ton of bootleg figures created for it, and the scene is so popular that artists from around the world create figures that sell for $50+ at events like SDCC. In fact, this year’s SDCC will feature a host of Star Wars figure bootlegs, so we wanted to highlight some of the more interesting looking ones below.

Each will be at SDCC, and we included the booth information for those interested in scoring any of these charming oddballs. They may look funky, but they surely are art, so check out the gallery below to be amazed by some crazy-ass takes on your favorite Star Wars characters. 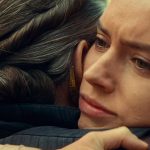 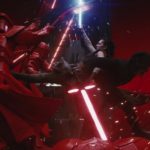 Stuntman Breaks Down the Flaws in TLJ’s Throne Room Fight