The Mandalorian is literally two days away, so Disney and Lucasfilm have released the plot synopses for the first three episodes of the show.

Episode 1 will release on November 12th alongside the launch of Disney+, and then Episode 2 will drop three days later on the 15th. From there the final six episodes will release on Fridays through December 27th. The full schedule that leaked a few weeks back has been confirmed, so use it to plan accordingly.

You can check out the plot synopses below. It appears the arc will follow the Mando on a bounty for one of his clients, probably Werner Herzog’s character. We will see the bounty captured in Episode 1, and then in Episode 2 someone will try to jack said bounty from the Mando, think transdoshans. Then in Episode 3 the Mando will return with the bounty to his client, which will then effectively kick off the real plot of the show, which I believe will be him protecting that woman and child from the trailers.

A Mandalorian bounty hunter tracks a target for a well-paying client.

Target in-hand, The Mandalorian must now contend with scavengers

The battered Mandalorian returns to his client for reward.

In other Mando news, Jason Ward from MSW is tweeting that his sources have seen The Mandalorian, and they’re describing it as the best live-action Star Wars they’ve seen since the 70’s, so yeah, get hyped! 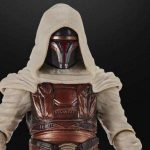 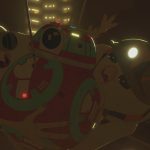