According to a report from Bloomberg, Disney CEO, Bob Iger, has stated plans that indicate that there will be a hiatus for Star Wars movies after the debut of Star Wars: The Rise of Skywalker releases this December.

“We will take a pause, some time, and reset because the Skywalker saga comes to an end with this ninth movie. There will be other Stars Wars movies, but there will be a bit of a hiatus.”

I wouldn’t call this a surprise, especially after he jacked the launch of Solo, which all but assured its poor box office reception, and I do think that failure led to this hiatus by delaying any future Star Wars standalone movies from progressing. Now that doesn’t mean I think standalone films will be gone for good, but I do think there was going to be at least one more to release after Episode IX.

Of course we will have the live action TV shows to keep us busy, but I really don’t want Star Wars movies to go on a break that last longer than a year and a half.

With that being said, it does sound like that when Star Wars movies do return, we should expect a decades worth of them MCU style!

While speaking to Fandango, Kathleen Kennedy revealed that Lucasfilm is shooting for just that. She said:

“We’re looking at stories that will span the next decade.”

So while we’re getting a hiatus to figure out the future direction of Star Wars movies, it does sound like we will be getting a bunch of them once they floodgates reopen.

J.J. Abrams Met With Lucas Before Writing ‘The Rise of Skywalker’ Plus His Thoughts on the Title 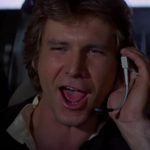