Thanks to Star Wars Day, we got a few more official confirmations on rumors that have been swirling around about who may be directing The Mandalorian Season 2 episodes. Both Robert Rodriquez and Peyton Reed have officially outed themselves as Season 2 episode directors, confirming earlier rumors that we ignored because they were pretty rumorific.

Both Directors shared shots from the set to their Twitter profiles, which you can see below. Peyton’s most recent works that you may know of are the two Ant-Man movies, while Robert’s most recent big time project is Alita: Battle Angel. Both have plenty of projects under their belt, so there’s no doubt that they’ll bring a unique take to The Mandalorian next season.

Now we just need some footage! 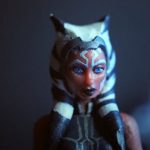