Issue six of the Darth Vader 2020 run sets up a very intriguing new tale that looks to explore the messed up dynamic between Palpatine and Vader, and it does so with a bang, making it one of my favorite issues in this run so far.

You can check out my new canon/egg breakdown video below to see just what I’m talking about.

Darth Vader #6 2020 kicks off a whole new narrative, and it is looking like it’ll be an excellent ones for fans of the Dark Lord of the Sith.

This issue in particular has been one of my favorites of this run, and it’s because of the Palpatine/Vader dynamic it showcases.

First up, we get to see the old Jedi Temple lit like a Christmas tree thanks to Palpatine beginning his torture of Vader for becoming weak again by going on his own mission to find out more about who hid Luke Skywalker from him.

Mas Ameeda comes in to amp up the assault on Vader’s failure, giving us a nice prequel era egg, before he and Palp instruct Imperial Guards to beat on Vader a bit, which he handles well until Palp makes things harder by taking his saber away.

Vader takes a few more beatings, but remembers he’s vader and turns the tide with the Force and chokes out the Guards and Ameeda, but Palpy once again shows him who is boss and uses his own choke move against him.

Here we get to see the raw power of Palpatine as he just works Vader like a puppet as he taunts him about his weakness and crushes his robotic appendages like twigs.

He’s essentially reducing Vader back to the broken husk of Anakin that he found on the banks of a Mustafarian lava river to drive out his newfound weakness over learning about Padme’s true fate. His level of hate and ability to wreck people’s minds is extremely impressive in these panels.

Palpatine doesn’t just physically torture Vader for becoming weak again, he drops his busted shell of an ass back at the same spot he found Anakin many years ago after ObiWan taught him a lesson about having the high ground.

Palpatine leaves Vader right where he found him and forbids him from using the Force to save himself. He’s essentially recreating the end of ROTS to drive anger back into his weak apprentice.

As Palp leaves though Vader has visions of ObiWan leaving him, which takes him to his defeat of Obi Wan, but during this vision I believe that he finds out that Obi Wan survived his killing blow, which seemingly lights a fire under his legless ass to try and save himself from Palpatine’s demented test. Nothing like a little Kenobi grudge to get Vader into a hateful mood.

The issue closes with Ameeda and Palpatine talking about Vader and how he ultimately wants to kill Palp, but Palp clearly isn’t worried as he plans to fuck with Vader over and over until he beats the weakness out of him or kills him for someone better, and he’s even willing to send Ochi of Bestoon after his broken ass to keep Vader as pissed off as possible.

Oh, is Ochi a batman fan or what? 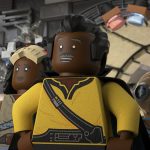 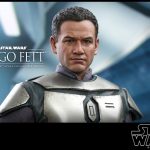