Making Star Wars is back with a new Obi-Wan Kenobi leak, and it centers on the character of Reva the Inquisitor, aka, the Third Sister.

While the nature of the leak is more general in terms of the character’s journey, you may still want to pass on this one if you are going for a SPOILER free Kenobi experience.

A few weeks back on the SWTS, we speculated that Reva will more than likely not make it out of the Obi-Wan Kenobi series due to her absence in Star Wars Rebels, but we also mentioned that she was ripe for doing something big narratively in the series that may end up surprising fans in the end.

Well, thanks to Making Star Wars, it appears our assumptions were correct, at least in regards to Reva’s overall impact on the series and its characters. While it doesn’t appear that Kenobi will end up killing her, it does sound like she may have to make a decision that will possibly end up with another big time character taking her out, and as we guessed on the show, that character may be Darth Vader.

Reva’s Past and its Affect on the Present

According to MSW, fans will get a look at Reva’s past and how she was taken from her family by the Jedi and then trained to fight in what many ended up believing to be a corrupt Jedi war. After Order 66 she was forced to choose between death, or a life of hunting Jedi for Vader, so it’s not too hard to see why she may have a strong hatred for the Jedi by the time we meet her in Kenobi.

Bariss Offee experienced similar feeling towards the Order in the end, so it’s not odd for a former Jedi to turn on the Order based on how the Clone Wars and their roles in it were perceived.

MSW went on to explain that Obi-Wan will more or less understand why Reva feels the way she does about the Jedi Order. He may not agree with the direction she chose, but it sounds like he can empathize with her situation. He too was taken from his family as a child after all, so there is a shared experience between them.

With this understanding in tow, Kenobi will not strive to kill her during their various encounters. In fact, MSW reports that he will ultimately put his faith in her to do the right thing, even though he knows it will cost her dearly considering she reports to Vader.

Like I mentioned earlier, this leads me to believe that she will somehow end up assisting Kenobi on his journey, and it could be as simple as telling him where to find Vader or stalling her peers, or as heroic as sacrificing herself to save Kenobi or someone he is protecting.

MSW ended his report by teasing that fans will see how Reva was chased, caught, and turned to the dark side over the course of the series, and how her belittling by the Grand Inquisitor has made her who she is in the show. Apparently we will also see how she is pitted against the Fifth Brother to further drive her away from her humanity.

Although, thanks to MSW, I think it’s safe to speculate that we will be seeing all of this done to her to justify her turn at some point. It may not be as big of a moment as Vader killing Palpatine and returning to the light, but it does sound like her good side will win out in the end and she will more than likely pay the ultimate price while helping a man she was tasked to hunt. 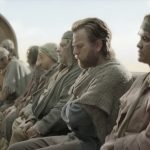 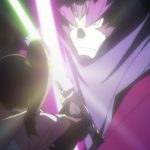