Ewan McGregor has a message for everyone that has been eagerly awaiting the release of the Obi-Wan Kenobi series on Disney+. Take a listen:

It’s Friday, Friday, Kenobi’s comin’ out on Friday! Instead of the scheduled Wednesday, May 25th release date, the brass at Disney have decided to push the Kenobi release to Friday May 27th. But, that’s not all. The premiere will now feature the first 2 episodes of the series!

Awesome news for the Star Wars Time Show boys for two reasons. First off, Matt hates Wednesday premieres, and second, it’s double the Kenobi on week 1! We are a little less than 2 months out from the release at this point, so we still have some time to wait, but at least we can look forward to a big helping of Kenobi right out the gates. 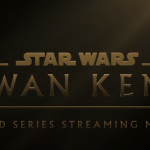