A new trailer for Obi-Wan Kenobi has been released, and it featured almost all new content and dialogue, so it had to be broken down and speculated on, which you can check out below.

The breakdown is a combination of speculations based on our own mastery of the Star Wars narrative Force, and previously reported leaks that we’ve discussed on the SWTS, or via this website, so there are technically SPOILERS in the dissection of the new footage. Although, I tried to keep them fairly general, so you should be somewhat safe depending on your level of spoiler tolerance.

Make sure to check out the trailer for yourself, as well as some new stills taken from it.

Obi-Wan Kenobi hits Disney+ on May 27 with a two episode premiere.

Nick and I will talk more about the trailer and our reactions on next week’s episode of the SWTS, so don’t forget to tune into the Star Wars Time Show on a weekly basis via our podcast platforms or via YouTube if you prefer the livestream angle. 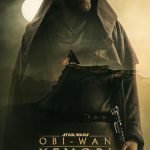 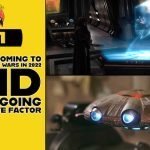