SWNN has a new rumor/leak report about a new character coming to the Star Wars universe via the Obi-Wan Kenobi series, and apparently the character is meant to give the show an “adorable” quotient, just like Grogu did for The Mandalorian.

You may want to stop here if you’re looking for a clean entry into the Kenobi series.

A Girl and Her Droid

If you’ve been diving into some of the leaks that we’ve covered, then you are familiar with the role Princess Leia will play in Obi-Wan Kenobi. In summary, she gets herself kidnapped, which in turn causes Bail Organa to ask Obi-Wan for help rescuing her. Hence, his, and our journey watching him try to regain hope when all seems lost, will begin.

Leia’s role is apparently even bigger than just playing the MacGuffin. There’s a good chance she is featured throughout the series as her and Kenobi try to avoid their imperial pursuers after her rescue, but that’s not why we are here today.

According to SWNN, they’ve learned that Leia will be accompanied by her own flying, drone like droid, which is meant to be her protector of sorts. This droid is the “adorable” quotient teased above, and has been described as looking like a little flying saucer. In fact, their source said it looks similar to the little alien droids featured in Batteries Not Included.

When I first read the leak images of the Seventh Sister, or even Iden Versio’s companion droids came to mind, so I can get behind the BNI comparison. It’ll be interesting to see if the droid attaches to her person in some fashion, or if it just hovers around her at all times. Either way, it failed, because she does get kidnapped, so it’ll be interesting to see how this little bot actually functions.

It’s unclear if a little Princess’s guardian bot will garner the same fervor as Grogu first did, but the new character sounds like a great fit for our little political warrior. Although, it would be pretty fun to see a 10-year-old Leia wield a trooper’s blaster like we saw her doing in A New Hope as a teen. 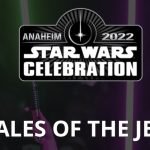 Star Wars: Tales of the Jedi Officially Confirmed and Will Be an Animated Anthology of Shorts 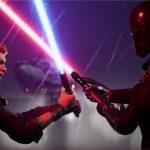