A sizzle reel for the Obi-Wan Kenobi series was shown off last year at a Disney Investors Conference, and today it leaked online before Disney pulled the footage down, but not before fans could grab some of the concept art and post it online.

It’s not clear if the art below was being saved for Disney+ Day tomorrow, or if it was only meant for last year’s event, but one thing is sure and that’s the fact that it looks awesome.

Hopefully we will get a full trailer tomorrow and not the old sizzle reel that has been removed from most platforms after leaking earlier today. Either way though, unless you were at the Investor event in 2020, at least you’ll get to finally see the hype reel. 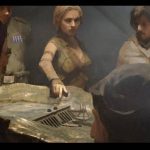 ‘Andor’ to Release Anytime Between July and September 2022 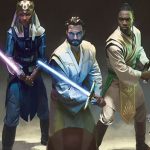