On yesterday’s episode of the SWTS, which you can watch and/or listen to now, we discussed the high potential of Qui-Gon Jinn showing up in the Obi-Wan Kenobi series thanks to a charge Master Yoda gave him at the end of Revenge of the Sith. Now today, it appears the rumor mill is addressing this speculation.

SPOILER avoiders may want to stop here, although if you’re a fan and know the situation, then you probably can guess where the rumor is going, but just in case here is your bailout point.

This is a rumor at this point, but on Star Wars Santa this week MSW’s Jason Ward reported that he’s been told that Qui-Gon Jinn will indeed appear. It wasn’t revealed to him if Qui-Gon Jinn will be in corporeal form, or just a disembodied voice, which is how he has appeared in the prequels and The Clone Wars after his death. Unless some Jedi canon gets altered, one has to assume Jinn will just be a voice, because according to The Clone Wars, Qui-Gon didn’t complete the full training required to become a Force Ghost upon death, but he was able to pass his spirit to the Force, which is why we’ve only heard his voice post TPM.

There’s a good chance this little rule gets changed to allow Liam Neeson to come back into the fray, but however Jinn’s return is handled, I’m sure fans will love seeing whatever form he is in interacting with Kenobi again. His return makes complete sense too, not only because we already know Kenobi was instructed to learn how to become one with the Force upon death in ROTS, but also due to Obi-Wan’s emotional state by the time fans will see him again in the Kenobi series.

We’ve been posting multiple leaks from MSW that sets up Kenobi’s fragile mental state, so it only seems natural that he and his former Master would be working together at this time to sift through some of his concerns, but more importantly to learn how to become more powerful than anyone could imagine, which is what Old Ben says to Vader upon his death.

Obi-Wan has two charges at this point in the timeline. The first is to protect Luke Skywalker at all costs, and the second is to learn how to become one with the Force, so while this is a rumor, it seems like a forgone conclusion based on the leaks and past Star Wars canon. The world will hopefully find out this May 25th when Kenobi kicks off on Disney Plus. 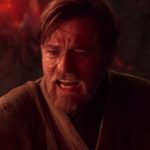 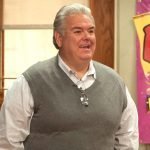