It looks like our dreams of stand alone Star Wars movies for Disney’s new streaming service, Disney+ will not be happening. This was confirmed by Disney CEO Bob Iger during an interview with Barron’s.


When we made the announcement, we said we’re going to make original movies for the platform. A number of ideas were pitched. Other than one, which was being contemplated for the big screen but wasn’t a big movie, none of them were in development as big-screen movies. One of them that we’re making for the platform is a remake of Lady and the Tramp.

So it seems like the only movies that are being contemplated for the Disney+ service are movies that are specifically designed for that purpose, and in Iger’s eyes, the Star Wars franchise is too big for what Disney+ can offer.


We wouldn’t make a Star Wars movie for this platform. When everybody goes out on the weekend and you have a movie that opens up to $200 million, there’s a buzz that creates that enhances value. We like that. And eventually the movies we’re making are going to [end up on] the service.

Iger also hit on the decision to bring shows like The Mandalorian to Disney+ and not to Disney Channel or ABC.


I guess we could have made the Star Wars series for ABC if we wanted. But the budget and what we’re spending on it and the nature of the material suggested it would be a perfect anchor for the new service. Because it’s a priority for the company, that needs to be reflected in the trafficking or the direction of where a lot of content goes. There have to be some subjective decisions made on where stuff goes because we have to feed this new beast.

It seems like Iger and the Disney brass have pinpointed the type of content they want to feature on Disney+, not quite big screen material, but something that required a significant investment and can increase the brand reputation of Disney+.

These are still pre-release talks for Disney+, so it is possible that Iger and Disney’s position on exclusive Star Wars films for Disney+ could evolve in the future, but for now, all new Star Wars movies will be released on the silver screen. 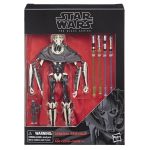 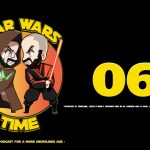