This means the show will air on Fridays, just like The Mandalorian did in 2019.

The new trailer is rather epic as well, and it clearly puts a focus on Ahsoka and Maul, and some sort of dynamic between them. I’m guessing she may help the Mandalorians get his ass off of their planet, because we also see her link up with the likes of Bo Katan, and the duel between these two also looks to be in a Mandalorian palace.

It also looks like the Clones will get a bit of the spotlight, and of course Mr. Skywalker, who honestly doesn’t get much of a focus in this trailer. I really think the crux of this final run will be focused on Ahsoka’s adventures, at least to fill in some of the gaps in between The Clone Wars and her reappearance in Rebels.

You know we will be breaking down each new episode on YouTube and on the show, so make sure to subscribe if you’re not already linked in with our dumbasses. 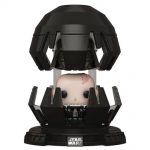 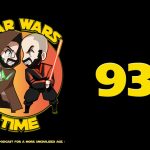