The release of the High Republic novels will also bring in a new timeline for the Star Wars Universe that will look a little something like this (via ComicBook.com):

It seems like we have quickly moved away from the ‘Age Of’ titles for the SW canon and into more of a nuanced description of each important era in the timeline.

The High Republic is now the oldest canon time period in Star Wars and it will be expanded on via novels and the newly announced Disney+ series The Acolyte from Leslye Headland. 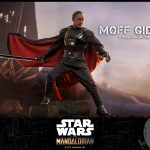 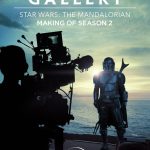