I’ve personally picked 10/14 during Monday Night Football for when the next Star Wars: The Rise of Skywalker trailer would debut, but according to a new rumor, the date may be bumped one week to 10/21.

This news comes from the Black Series Rebels, who apparently have paid off on rumors before, so I guess we shall take their word for it. They’re taking it to the bank, so confidence is high over there, which is why we are reporting on it. Either way, within the next two weeks, the next trailer will definitely drop.

The only reason I still think it may drop next week is based on an early report from a Regal Cinemas employee who shared a letter explaining that the trailer will play before Maleficent 2, which opens next Friday. So, one would think it would debut online before theaters, which is why I think it could still drop next week.

Only time will tell, and our first test will be this upcoming Monday, October 14th. 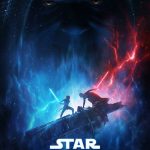