Box shots of a few new LEGO Star Wars play sets have made their way online, and at least two of them may offer hints for Star Wars: The Rise of Skywalker and The Mandalorian.

First up, there is a Y-Wing set, which is interesting itself, but the curious aspect is the fact that Zorri bliss is included in the set, and she is piloting the ship! This could imply that she flies a Y-Wing, or that she possibly joins the Resistance and pilots one of their Y-Wings. In fact, another shot shows off an A-Wing, which we know they whip, so it makes sense that the Resistance uses other Rebel-era ships as well.

Then you have an AT-ST set for The Mandalorian, which implies that we will see plenty of remnants from the Empire in the show, and some of its war machines have probably fallen into nefarious hands. I like that whoever owns this chicken walker decided to style it a bit!

The Kylo shuttle set also confirms again that he is known as Supreme Leader in TROS, so check out the gallery to see all of the new LEGO Star Wars sets coming to stores later this year, which also features a shot of the First Order Jet Trooper.

The MandalorianThe Rise of Skywalker
0 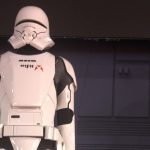 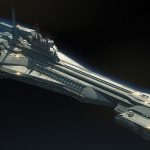