UPDATE – According to MSW, this game may very well be the cancelled Star Wars: Ragtag project. Check out the coverage for all of the details on this title.

Hennig is best known for her long tenure at Naughty Dog where she wrote and directed the first 3 games of the Uncharted video game series for Playstation consoles. Hennig left Naughty Dog in 2014 after starting work on Uncharted 4. At the time, we learned that Hennig had left Naughty Dog to team up with the team at Visceral Games to work on a brand new Star Wars game that was supposed to release in the near future, but as with everything Star Wars related at EA, it all fell apart. Visceral Games was dissolved by EA in 2017 and Hennig moved on to Skydance Media in 2019.

“We couldn’t be more thrilled to be working again with Amy. She and the Skydance New Media team have the talent and ambition to create a unique Star Wars adventure. Their vision for making narrative driven and engaging interactive entertainment makes this collaboration very exciting. We’re working hard with their team of experienced and talented developers, and we’re looking forward to sharing more with Star Wars fans when the time is right.”

Obviously, there is no word on whether this game is related in any way to the project that Hennig and Visceral were working on in 2014, but if Hennig sticks with her style, Star Wars fans can expect an incredibly detailed and action-packed adventure through the Star Wars galaxy.

Stay tuned to the Star Wars Time Show for all the updates you need about the galaxy far, far away. 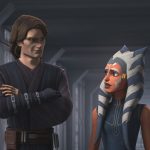 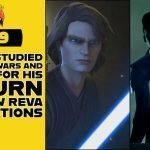