DICE and EA have issued a new trailer for Star Wars Battlefront 2 to show off the content that will be coming with the Cooperation Update, which is scheduled to go live in most territories on September 25 this week.

The Cooperation Update ushers in more than a few additions to the game, which include the arrival of the Clone Commando Unit, the Felucia map, new Instant Action and Co-op modes, and the Farmboy Luke skin.

This skin will be collectible through a special in-game challenge between October 11-18, where you’re tasked to eliminate 150 AI enemies in the new Co-Op mode. There will also be a another event that takes place between October 11-18 to earn Darth Maul’s “KENOBI!” emote, which is inspired by the “Twin Suns” episode of Star Wars Rebels. This is rewarded to anyone who successfully captures 15 command posts on Felucia in Capital Supremacy.

The update is set to go live on Wednesday of this week! 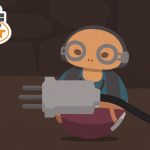