You can read the excerpt in its entirety via the link above, but I will give you a quick overview of what was revealed via this new piece of the story.

Thrawn is now Captain of the Chiss Expansionary Fleet Cruiser Springhawk and is on a mission with a larger part of the fleet to respond to an attack from a neighboring system, Paataatus. As the Chiss attack force drops out of hyperspace, they are swarmed by Paataatan fighters. Thrawn’s quick thinking and expert knowledge of the enemy leads him to stray off from the main attack force and position his shit as if it were damaged, causing the attacking force to pull most of its forces toward the Springhawk. This allows the rest of the Chiss forces to easily dispatch the remaining Paataatan fighters and then assist with a quick clean up of the ships harrying the Springhawk.

This is classic Thrawn from the previous novels, so even though this story is happening well before his time with the Empire, he still seems to have the keen intellect that made him a legendary force in the galaxy.

This snippet also re-introduces Admiral Aralani who we first met in Thrawn: Treason. She is still an Admiral at this time while Thrawn is, as mentioned above, only a Captain. We also meet Samako, Mid Captain of the Springhawk and potentially the new mentee for Thrawn. If so, Samako would fill the role that Eli Vanto played in the first Thrawn trilogy.

Overall, this was a very familiar type of setting and outcome for Thrawn fans. Thrawn Ascendancy: Chaos Rising is set to release on September 1, 2020. Pre-orders are available via Amazon. 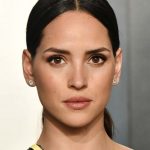