We are huge fans of the Star Wars Galaxy of Adventures shorts, so we think we may be interested in the newly announced line of action figures based on the animated series that was revealed at SDCC this weekend. Hasbro showed off an assortment of figures from this new line, which will feature somewhat poseable, 5-inch characters with appearances based on the stylized look of the series.

There were four figures shown off, and they include: Darth Vader, C-3P0, Chewbacca, and Han Solo. The figures will be available this Fall for $9.99 a piece. You can check out a gallery for them and additional details below. At this time, there are no pre-order details. 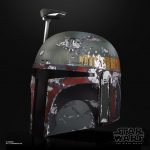 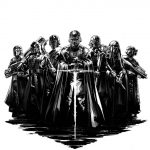