A couple of months ago, The Sun UK released some set photos of what turned out to be the Andor set in the middle of a small town in England. The photos were first released as Kenobi set photos, but after Star Wars fans got their eyes on them, it took very little time to figure out that we were actually looking at the Andor set.

Now, we have a new crop of photos from the Andor set that could reveal a new type of imperial vehicle that we will see in the show and some overhead shots of a gathering that is happening on set. It isn’t clear if this is just a production meeting happening or if this is an actual scene being filmed.

This is likely the same town that we saw in the Sun UK leaks given the set up and everything associated. Filming of Andor was set to begin in March 2021, so it is highly likely that these shots caught some filming action live. 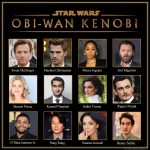