A new Kenobi TV spot, aka 30 second trailer, has been spotted in the wild and shared across the internet. The short trailer has some new footage mixed in with some previously seen footage, as well as some new voice over from the grand inquisitor. Take a look.

This is the first trailer where we have actually seen Owen Lars being harassed by Reva, which may lead to the confrontation between Kenobi and Owen. Kenobi’s 2 episode premiere hits on Friday! 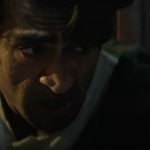