A new clip has been released for the next episode of Star Wars Resistance, which is titled, “The Platform Classic”. Apparently in this episode, Yeager will come across someone from his past who has ties to the Guavian Death Gang, which we first met in The Force Awakens aboard Han and Chewie’s freighter.

This character is an Ace who is in town for the Platform Classic, and it appears that Kaz will be enlisted to help him out after his own mechanic. His name is Marcus, and like I said, he has ties to Yeager, so this should be an interesting episode.

Based on Marcus’ appearance, I almost think he’ll be related to Yeager, but who knows. Maybe they both served in the Rebellion, or maybe Marcus is why Yeager wants nothing to do with the Resistance himself. Oh well, we shall learn more this Sunday night!

Head on up above to check out the clip.

The new episode – “The Platform Classic” – will also be available SUNDAY, NOVEMBER 25th (12:01 a.m. PT) on the DisneyNOW app and Disney Channel VOD, giving kids and families access to the series wherever and whenever they want to watch. 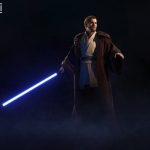 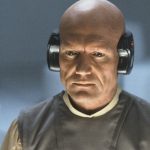