Today it was revealed that The Book of Boba Fett, which premieres December 29, will only have seven episodes. Many fans were expecting eight like in past seasons of The Mandalorian, and some leakers put the series at nine, but seven appears to be the official number.

Two character posters were released to usher in the episode count news, and as you have probably guessed, the characters are Boba Fett and Fennec Shand. At the rate this show is being marketed now, I’m sure more will follow, or we will at least get a steady flow of teaser spots, with two being released since Saturday.

You can check out the “Reign” and “Message” trailer with stills by following the links. 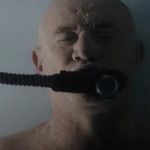 “Message” Teaser and Stills Released for The Book of Boba Fett