IG user mitchbb1982 posted a batch of images featuring leaked new Star Wars The Black Series figures, which is great and all, but the bios on the boxes may be the most interesting aspect of the leak.

While brief, some shine a little bit of light on where are character’s head spaces may be in their upcoming projects. In particular, we got new bios for Rey and Kylo from TROS, Mando from The Mando, Cal Kestis and the Second Sister from Fallen Order, and a few other one offs like a Sith Trooper, the standard FO Trooper, and an off world Jawa, who I’m guessing is from The Mando or Fallen Order.

Rey and Kylo’s are the most interesting to me, as they setup their mental states for TROS.

As Supreme Leader of the First Order, Kylo Ren wields more power than ever before. Nevertheless, Ren continues to search for secrets of the Force from the depths of the dark side.

Here we get some insights into Ren, who is as powerful as ever, but he’s on some sort of search for Force secrets, which could play into some of the leaks we’ve read about, such as him an an oracle, and all the new Sith rumors out there.

Rey continues to study the Jedi ways, but she grows concerned about what the future – and the Force – may hold in store for her.

Cobbled from odds and ends in the workshop of a droidsmith, little D-O is an impressionable little roller that becomes fixated on BB-8.

Rey’s is also interesting because it hints that she is troubled about her connection to the Force. Could this hint at her possible Dark Side tendencies, or possible ties to Palp?

You can check out the other bios below.

In its ultimate push towards galactic conquest, the First Order readies an army of elite soldiers that draw inspiration and power from a dark and ancient legacy.

A Jedi Padawan during the Clone Wars, Cal Kestis narrowly escaped the horrors of Order 66 and was forced into hiding. Together with explorer droid BD-1, he embarks on a journey to rebuild the Jedi Order while evading the terrifying Imperial Inquisitorius.

His body is shielded by beskar armor, his face is hidden behind a T-visored mask, and his past is wrapped in mystery. The Mandalorian is battle-worn and tight-lipped, a formidable bounty hunter in an increasingly dangerous galaxy.

A vengeful warrior of the Empire tasked with tracking down Jedi survivors, the Second Sister Inquisitor is driven by her all-encompassing hatred of the Order.

Ships traveling to and from Tatooine have resulted in some Jawas leaving their desert home-world. Those that do arrive on new planets continue their old habits in their new surroundings, but their obsessive need for technology still drives them.

The First Order’s infantry units are trained from birth, given unit designations instead of names and fed a steady diet of First Order propaganda to ensure absolute loyalty. 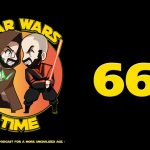 The Empire Strikes Back Gets a 5-Minute Cut