It’s Disney+ Day, so Lucasfilm has dropped a few Andor gifts for Star Wars fans to celebrate. Among them are a new trailer, a new clip, and a special look at a scene from the series that originally played before IMAX screenings of Rogue One’s re-release.

The most exciting content out of this D+ Day drop has to be the special look, which offers a quick intro from Tony Gilroy and Diego Luna on the series and then goes right into a great scene between Cassian and Luthen.

While the scene is mostly dialogue heavy, it’s still a damn good few minutes of Star Wars to take in. The acting is great, the practical set is fantastic, and the drama and tension are full tilt. If the rest of the series plays out like this scene, then all Star Wars fans should be excited for what’s to come.

You can only watch the special look on Disney+, but down below you can check out the new trailer attached to the end of it, as well as another short clip shown on GMA.

Finally, you can check out some stills captured from the new footage today. We will be breaking them down and talking insights into the special look on next week’s Star Wars Time Show, so get subbed up down below. 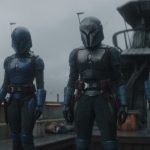 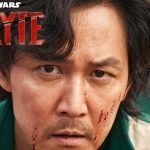