Thanks to Total Film we have a new image from Andor to check out, as well as some insights from Diego Luna on his titular character, Cassian Andor.

The image features Cassian talking with what looks like a new type of alien species for the Star Wars universe. The alien character is unnamed and probably won’t be a major character, rather she’s likely just a contact Andor needs to work with on a mission for himself or the fledgling rebellion.

In terms of Cassian himself, it sounds like he will have a long way to go to become the hero we find him to be in Rogue One. Luna brought up a line in Rogue One where Cassian tells Jyn that he’s been fighting since he was six years old, and how that showcased how emotionally wounded Andor was. This is the version of the character we will come to meet in the series.

“That talks about a wounded man. We find him in a place where he’s not aware of how capable he is of transforming or being part of change or executing such a sacrifice, but he is the man that comes out from fighting since he was six years old. He’s a very interesting, dark, wounded person. You’re not going to believe that he’s capable of what he does in Rogue One.”

Andor is set to hit Disney+ on August 31st with a two-episode premiere.

Nick and I will talk more about Diego’s interview on today’s episode of the SWTS, so don’t forget to tune into the Star Wars Time Show on a weekly basis via our podcast platforms or via YouTube if you prefer the livestream angle. 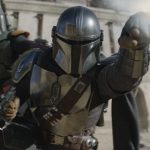 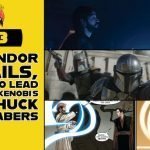