Making Star Wars has dropped some interesting new rumors about the Ahsoka and Skeleton Crew series, and while they should be classified as rumors, you may still want to avoid the full rundown below.

According to MSW, this series will explore what they are calling ‘New Space’ or the ‘New Beyond’, which sounds familiar to the Unknown Regions explored in past Star Wars lore, which is mostly considered legends material at this point. With that being said, MSW reiterated that this new location will be one never explored before in Star Wars, so that may nix the Unknown Regions speculations, or it has just been renamed. MSW wasn’t firm on ‘New Space’ or ‘New Beyond’ as being the exact terminology in the show either, so it’s fluid.

Apparently, in this unexplored part of the galaxy, the Force is used and viewed much differently, and that some of the “magic” users we’ve seen in past Star Wars may have come from this region of space. MSW also reports that Ivanna Sakhno and Diana Lee Inosanto’s characters have a connection to this part of the galaxy, with the former potentially being a Nightsister, which would help explain their connection to magic, which came from this new beyond.

It is also being report that this new beyond is where Ezra Bridger and Thrawn were transported to at the end of Star Wars Rebels, which would line up with how the show ended, and explain why neither has shown their face in the known galaxy for over a decade. Finally, MSW is confirming that Lars Mikkelsen is indeed playing live-action Thrawn in this series and the greater Mando-verse of shows.

MSW is reporting that this series will exclusively take place in this ‘New Beyond’ that will be introduced in Ahsoka. He even suggested that Ahsoka may appear in Skeleton Crew, but not with 100% confidence.

MSW also reported that the crux of Skeleton Crew’s narrative will be the young cast and Jude Law’s character trying to get back home to the known Star Wars galaxy from this ‘New Beyond’ that the series will explore. Fans should expect a completely new galaxy and viewing experience, because like the situation for the show’s characters, everything they come across will also be new for fans.

This information is purely speculative based on MSW’s thoughts and my own, which are rooted in past Star Wars events that will undoubtedly shape these future series. I definitely agree that whatever threat is in this ‘New Beyond’ will ultimately be what causes the heroes from the Mando-verse shows to coalesce together in an Avengers: Endgame type of moment to tackle.

The threat to me, like MSW speculates, will be Thrawn and some wild “magic” fueled war machine coming back to the known Star Wars galaxy to challenge the New Republic’s rule. What sort of war machine, well, MSW thinks it could be an undead army, similar to what we’ve seen from the Nightsisters, and I’m open to that a bit. I’d prefer it not be an army of undead, but an army of an unknown race that has “magic” capabilities that rival or exceed the Force/Magic abilities of those in the known galaxy.

I also, like where MSW is going with his final showdown prediction in that this force of Thrawn’s would have an easy go at taking over the known galaxy thanks to Mon Mothma’s Disarment act, which saw the New Republic get rid of 90% of its war machine. With that level of exposure you would surely need some special people and groups to come together to face it head on, and that group could definitely be comprised of Din and his Mando buddies, Ahsoka, the Ghost Crew, the Skeleton Crew, and maybe even a little Force love from Luke and Grogu. 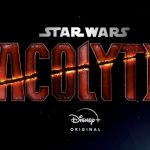