We have a clip from the upcoming episode of Star Wars Resistance, which is titled, “The Engineer”.

In the clip, Neeku fixes the Colossus’ long range sensors, and then immediately discovers a distress call. Yeager and Doza think it may be a trap, so they tell Kaz to take one other person with him, mostly because they can’t trust him with a blaster.

It appears as if the distress call will be from an engineer, and she has just been attacked by the First Order. Hopefully this means we will get back to the First Order/Resistance plot in this episode, because last week’s only featured a standalone good guy tale, so I’d like to get the bad team back into the mix.

In “The Engineer,” Kaz and Neeku discover Nena, a Nikto engineer in need of assistance, who barely escaped a First Order attack.
The new episode – “The Engineer” – will also be available SUNDAY, NOVEMBER 3rd (12:01 a.m. PT) on the DisneyNOW app and Disney Channel VOD, giving kids and families access to the series wherever and whenever they want to watch. 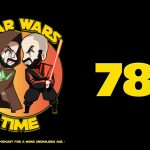 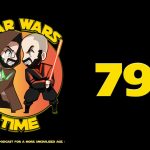