Natalie Portman is one of the most accomplished actors to have been in a Star Wars movie. She has been nominated for multiple Oscars and won the top prize in 2011 for her role in Black Swan, but these accomplishments still aren’t enough to shield her from feeling bad about the reception fans had to the prequels.


It was hard. It was a bummer because it felt like people were so excited about new ones and then to have people feel disappointed. Also to be at an age that I didn’t really understand that’s kind of the nature of the beast. When something has that much anticipation it can almost only disappoint.

Portman is a very smart person and really hit the nail on the head. The prequels were released under a hype level that was almost never seen before in the movie industry. Star Wars, one of the biggest movie franchises of all time, was coming back to the big screen. Expectations were through the roof, and when people saw the finished product they were definitely a little let down. But, as with all things, time heals all wounds. Now, sentiment for the prequels have begun to shift, and the generation that grew up with them have started to champion them.


With the perspective of time, it’s been re-evaluated by a lot of people who actually really love them now. There’s a very avid group of people who think they’re the best ones now! I don’t have enough perspective to weigh in.

Portman’s role in Star Wars can never be forgotten or underplayed. She is the wife of Anakin Skywalker and mother of Luke and Leia Skywalker, so while many people may think little of her contributions, real fans recognize her importance in the overall narrative and appreciate the role she played in our favorite franchise. 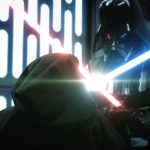