I’m not even sure why this has to be an article, but apparently there’s been a rumor movement going around about Natalie Portman reprising her role as Padme Amidala in Star Wars: Episode IX. If you consider yourself even the most basic of Star Wars fan, then you know the fact that this was even a rumor in the fist place is troubling, because Padme in Episode IX makes about as much sense as the Star Wars Holiday Special.

I mean how would that even work? Padme is not Force sensitive, so she can’t ghost anyone. She’s never interacted with any of the characters that are still alive in Episode IX either, so there’s no purpose for even a flashback with one of them remembering her. I get that we as Star Wars fans love to speculate on future film and TV show plots, but this one in particular just sounds like someone pulled it out of their asshole for some clickbait.

Anyway, Natalie Portman herself reacted to the rumor in an interview you can check out below. Her reaction is either further proof of her stellar acting skills, or she’s genuinely as shocked as me that fans would consider Padme for a role in Episode IX.

I could be wrong, but I HIGHLY doubt it. The only prequel character that even has a remote chance narratively to appear in Episode IX would be Anakin, and that’s only because he is Darth Vader and Kylo Ren is his biggest fanboy. Outside of that, there’s really no other prequel character outside of Palpatine that would even remotely work in the final film of the last Skywalker trilogy. 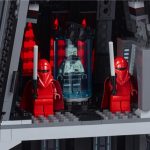 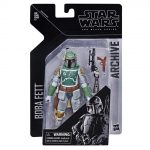