Nothing was revealed about who she is playing, or what type of character, but the actress did assure fans that she won’t be playing a farmer. It’s also not clear if she’s in Season 1, or will be new for Season 2, but I expect all of that to clear up later today during the Disney+ panel at D23.

“I was so excited when [Disney chairman Bob Iger] announced it, because I’ve been waiting to talk about it,” Wen told Syfy Wire. “You don’t understand — that is a Star Wars geek girl’s dream come true.”

I love this news and think she’ll make a great addition to the Star Wars universe. If I were a betting man I’d say she plays some sort of bounty hunter, scoundrel, or assassin. Like she herself said, there’s no way she’s playing a docile type of character, so I expect her to put her martial arts skills to work in The Mandalorian. 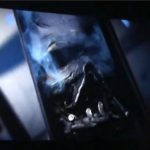 Janky ‘The Rise of Skywalker’ Footage Leaks Out of D23

You Can’t Binge Watch The Mandalorian